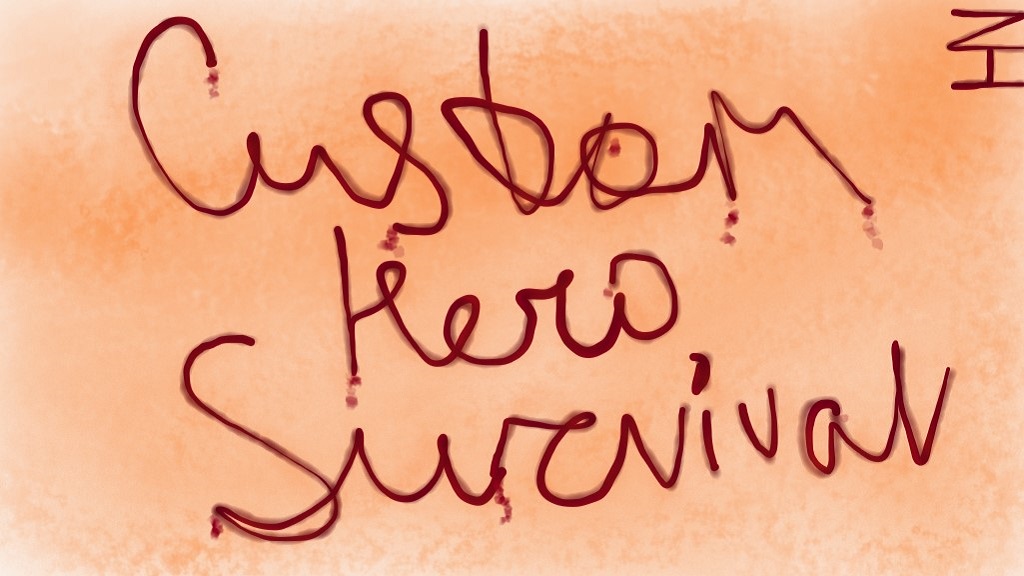 Check Discord or i eat your children.

This is an official map. The map is updated and suppported by: ZiHeLL . Join us on discord to get in touch with the map developers.

CHSV_aZ1.9f
Customize your hero to the perfect war machine and survive as long as possible. Purchase abilities and items from the shops and slay your enemies!
Alpha Z1.9f
- Various fixes & rebancements
- More spell slots & unique hero talents
By zihell
(4.67)
Thank you for voting! 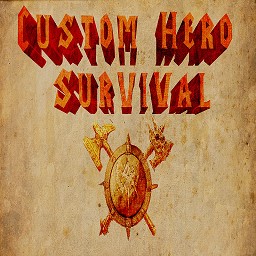 Fixed an issue that made hexil have ~50 times less chance to summon Goons.

No longer procs from dummies

Armies of the Damned rebalanced

New item: Key to the Royal Weaponry Cost: 9400 Recipe: Divine Source + Armor of the Goddess + Zihell Vanisher Adds 30 to all stats and health/mana regeneration. On use: hero channels a 3 (3-5, need tests yet) second long stampede-like spell with high AOE. Each projectile deals 920 (maybe less or more) damage. In addition, make hero spell immune for the duration.

Unholy Aura -> Will of Chaos - Lumber cost increased - Whenever you cast a spell that is lower level than the previously casted one, deals 35Lv damage in 666 area

Stampede - x1.5 damage on all levels - Decreased the population - Still playing around with this one

Will of Chaos Removed GFX while in shopping.
Increased damage and regeneration.
Deals more damage for more levels difference - experimental.

Avatar of Madness: INT, Ranged Gains [-2; +8] strength [-2; +8] agility [-2; +8] intellegence Per level. Special: Insanity Attack (Hotkey S): With a random probability, does following: Whenever you attack, uses a random on-attack effect. Whenever you cast a spell, casts an additional random spell. Whenever you move, moves to a random place instead. Can be activated to reshuffle all yours and target's stats.

Wishmaster: AGI, DPS, Caster, Tank, Mechanical Gains +0 STR +0 AGI +0 INT Per level. Special: I wish a wish: Every eighth instance of dealing or receiving damage makes the damaged unit or damage source wish a random wish depending on their unit-type and increase all your stats by 15 as a price. You can get stats only once per wave this way. However, wishes can backfire at the wishers.

Battle Lich - Undying Destroyer I should mention this, now works consistently on all player slots.

Avatar of Madness - Insanity Attack Doesn't affect movement anymore. Reshuffling stats no longer favors 1 specific stat over another (or should do it less obviously lol)

Paladin - The Last Crusade/Battle No longer scales from amount of uses. Scales from hero level instead. Scaling increased to match ~same scaling output

Soul Reaper, Flesh Cutter Mechanical units will now be able to buy these items. Note: However, they will be replaced to lifesteal-less copies - mechs still cannot use leech. Those copies will be compatible with recipes, too.

Pulverize Level 2 Pulverize will no longer have a 25% separate chance to occur from attacks. (That allowed it to occur up to 3 times with each attack)

Summon Bear -> Armies of the Damned

Dreadlord - Vampire's Tastes buff Whenever an enemy unit dies nearby, heals hero for 10 + (amount of corpses nearby) % of max hp

Summing this up - all undead heroes got interaction with corpses

Avenging Souls Creates a corpse. With a 4*LVL% chance, creates LVL/4 more corpses. Deals 50 + 5*LVL damage to a random (organic) enemy. Repeats the damage effect for each corpse nearby.

Stormbolt -> Dance with the Dead! Stuns the target for 1.5 seconds, summons 10 corpses and deals 10*LVL damage per each corpse near the target.

Non-Splash only Spells Removed the non-Splash part, as AoE heroes were removed long ago. In other words: Mortar Team and Pyromancer can learn Multishot and Envenomed Weapons

Pyromancer (Death Master) -> Gnoll Overseer Only visual change. Thanks for removing pyromancer model from the game :/

Avenging Souls - buff Now deals 40 + 8LV damage per corpse.
No longer needs a point-target to be casted.
Activates on corpses in range 400 + 30LV

Bow of the Creators Recipe Now uses intended hotkey A.

Dream Lance Tooltip mentions the square root now.
All new items Tooltips reworded to match the style of others

WishMaster - I wish a wish fix No longer gets stuck during waves.

Miracle Mirror Applies a buff on target, which gives it a 65% chance to cast any incoming spell back at the caster. The level of spell casted back this way is equal to the level of Miracle Mirror.

And yes it works for both buff and debuff and damage spells, as long as they are unit-targeted.

Heroes All cast backswing more than 0.5 decreased to 0.5

Cursed Items Now stated to be Cursed in recipes.

Ancient Protector: INT, Tank, Caster Gains +5.5 strength +1.15 agility +3.85 intellegence Per level. Special: United with Nature (Hotkey S): Finglas enters a stasis that lasts 10 seconds. While in stasis, regenerate 8% of health and 2% of mana per second. Can be interrupted after 5 seconds.

Bloodlust Now mentions the fact it cannot be cast on heroes

Armies of the Damned duration decreased

Overcharge adheres to Melee only tag

Wishmaster - I wish a wish will occur every fifth damage

Wishmaster - I wish a wish grants 12 to all stats

Bloody Claws - Cannibalize healing increased (do you even remember it has cannibalize?)