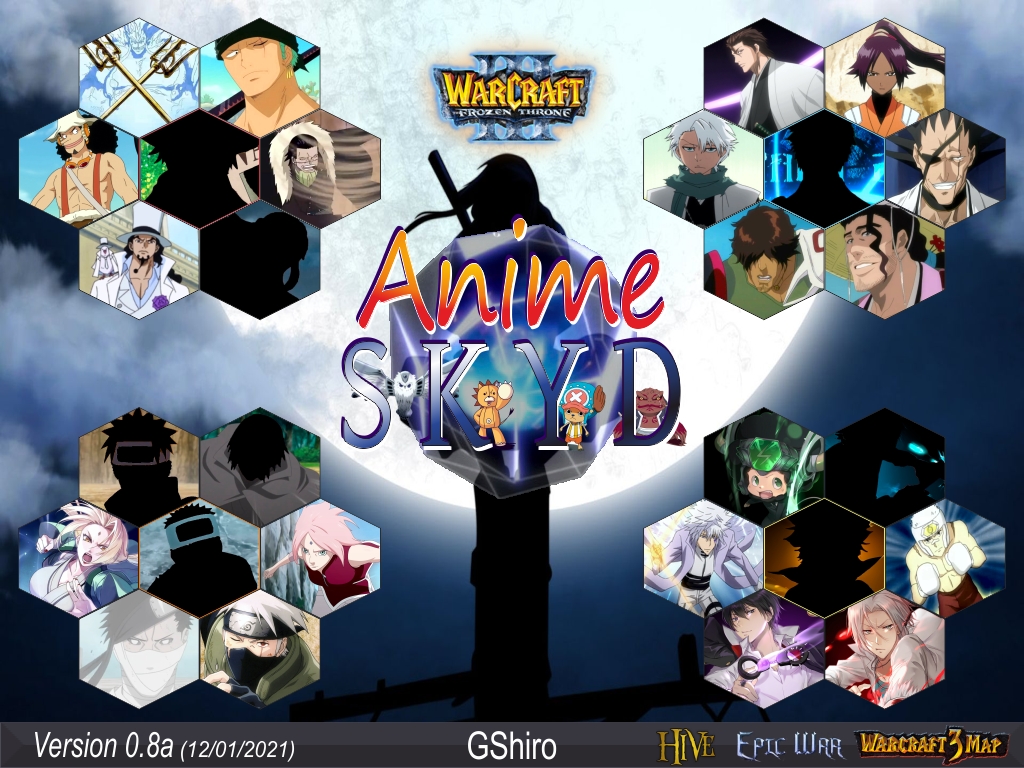 This is an official map. The map is updated and suppported by: GShiro . Join us on discord to get in touch with the map developers. 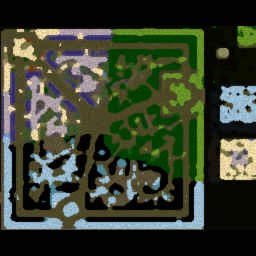 - When the game is over:

The WC3 default score screen will be displayed for all players.

If any team without players is defeated, all its units will be eliminated and it will not be able to generate more.

If the game ends, all the units of the defeated teams, hostile and neutral units will be eliminated.

- Continuity of route for the support units when a base without players is destroyed.

- Discard players who did not choose any character in all variables, may be observers of their own team and will not be taken into account for the Handicap.

- Internal adjustments to the Duel. Sometimes I did not wait for the completion of the Byakugo no In of Sakura and other skills.

- Fix icons of the summary table so that the icon of the disconnected player changes to "Disconnected".

- Added penalty for breaking your own towers by paying 70% of the average value that the enemy would have won.

- Added penalty for defeating allies except during the FFA event, the player will pay a fine of 1000 x number of betrayals, on the fourth time, he will be expelled from the game.

- Everyone will be warned how many betrayals the betraying player is allowed to commit.

- Betrayal scores and rewards will be reinstated, but only during FFA events.

- Translation of some missing texts into English.

- Added text to identify who destroyed the base.

- Spelling and grammar corrections for the Spanish language.

- Replaced STR with FUE in the description of the characters for the Spanish version.

- Removed text "Rol:" in the description of each character, now it will be shown next to the subtitle "Skills:".

- The waiting place for the Duelist has been moved a little bit.

- Increased the Tavern zone to eliminate all the remaining characters from phase 1 of the duel.

- Limit of spells to 7, it will not increase your bonus any more but it will keep increasing your reward, giving a lot of gold to the player who defeats you.

- The First Blood will only be valid if a hero defeats another hero.

- Buttons of new characters are of higher quality than the others, it will be experimental.

- Balancing in the support units buffer.

- Add 1 additional Super Unit when a base without players is destroyed.

- Buff to super units but they will appear of random form with 50% of probability, which will make but surely that the group can arrive to attack the enemy base.

Support units will only be 2 melee units (Swordsman, Hollows and ANBU Killer) and 3 Leaders.

Support units will be much stronger when this average LV is reached.

- Strengthen towers and bases by the number of active players:

- Wards/Sentinels will be "structures" so that they are not counted in Reverse Roll, Kirigakure no Jutsu and other skills.

The clone will provide less experience.

Correcting the error that does not heal Aizen when it has full life, technically it will be made invulnerable 0.5sec before receiving the damage, this way the skill works as described.

Correct the error that does not heal Byakuran when it has full life, technically it will be made invulnerable 0.5sec before receiving the damage, this way the skill works as described.

Last explosion will be with the same FX of the Ichi Oku Volt Vari.

Internal improvements in its operation.

When Ryohei has 30% or less life, it will take 1 second to activate the EXTREME mode, making Ryohei emit a yellow glow so that it knows when it will be more powerful.

EXTREME mode is activated even if Ryohei cannot use the skill.

CAST or delay of 0sec -> 1sec, but it won't pause Enel, it will just take a while to fall.

Adjust in damage, it caused more than what was described in the description:

It will not give any buffer if you don't have enough mana and will deactivate after 1 second.

- Corrected each text that specified the stun time, with more precision and the time will not be shown if it is equal to zero (0).

Reduced the size of the fight zone.

While growing all units will remain completely paused and invulnerable.

Added a special buff to all affected units so that they do not fall victim to external abilities that were activated before they were trapped. This applied to all R's.

The dead will no longer be taken into account as long as the ability remains active.

Will only affect those within the area of the acid.