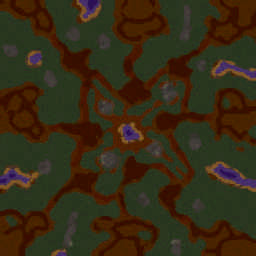 Brings you back to Warcraft II: Tides of Darkness, even if you don't have friends.

This is an official map. The map is updated and suppported by: antontama. Join us on discord to get in touch with the map developers.

- Better units vision (+10% range to every unit and building)

- Every A.I. Player now given name based on its color+race combination

- Reverted back Gryphon Rider icon, since Blizzard changed it back to 'animal portrait' (was 'rider portrait' icon back in beta)

- Warcraft 2 Style Spell Casting. Iterational, with one iteration cost set to 25 and autorecasting if not stopped or out of Energy

- Reduced overal amount of environment doodads at the center

- TH build time changed from 40 seconds up to 120 seconds, but your first TH in-game still requires 40 seconds to build