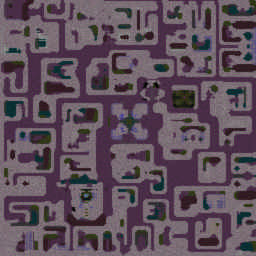 Gameplay :
Force 1 : humans have to run, find a base and build a strong defensive structure with some offensive towers to survive against the vampires. They also can get a slayer and thus gather some extra gold via the gold suppliers at daytime and gain levels in the slayer pool during night time. Goal is to kill all the living vampires.

Force 2 : vampires have to work in team or solo and kill all the humans to win. They have access to shops wich grant 'em to gather some usefull items to boost their attack damage, their defense, etc...

This is an official map. The map is updated and suppported by: aitz-. Join us on discord to get in touch with the map developers.