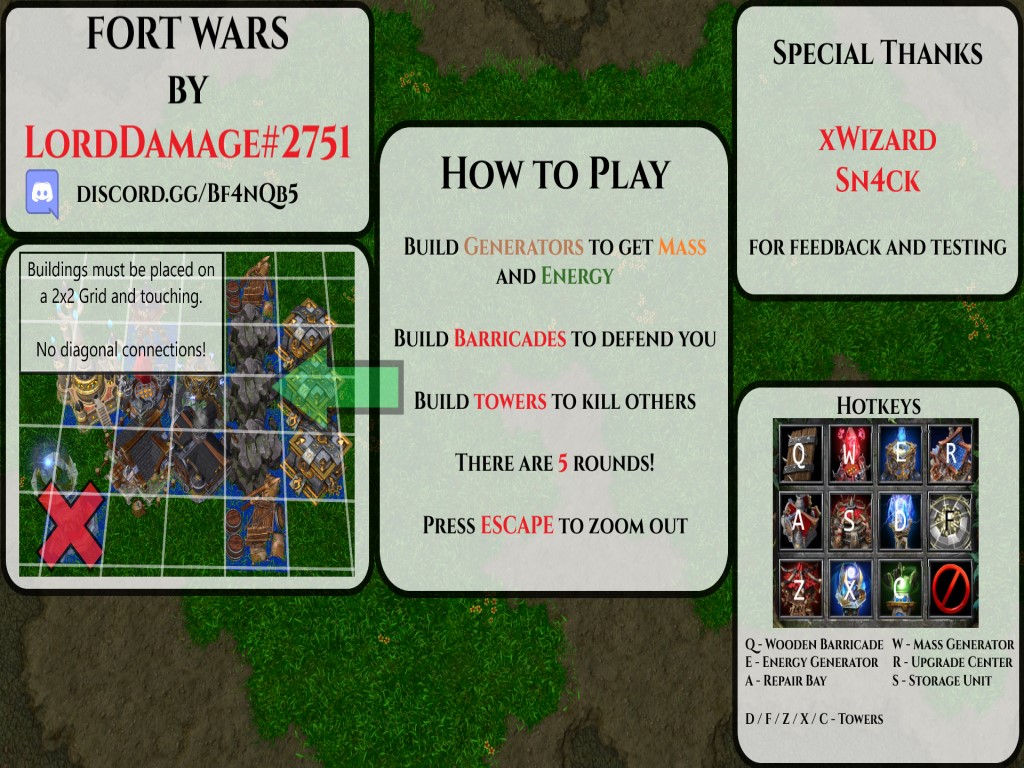 Build structures like generators, storage depots and repair bays to build up your fort.

Build towers that automatically shoot at your enemy's base.

Kill all the other players to win!

The game has 5 Rounds of either: Randomized 2v2, 3v3, or Free For All.
Be the best individual player to win the game!

This is an official map. The map is updated and suppported by: LordDamage . Join us on discord to get in touch with the map developers.

Fort Wars 1.1
Build resource generators and towers to shoot at your opponents' bases. Build barricades to defend your base from enemy projectiles.
But be warned - everything costs resources! Repairing, shooting, and building new structures all cost resources to do!
(5.00)
Thank you for voting! 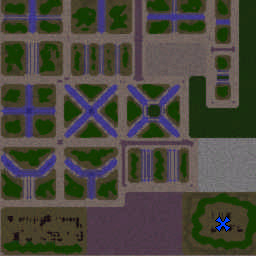 Changelog for "Fort Wars by LordDamage"

All changes can be found here:
https://docs.google.com/document/d/1Mwzwd5fYzGVHKIy51rYs6OSF0tTUpx5heQNvmhcUl4s/edit

Repair Bay health healed per point of mass increased to 22 (was 20).

Damage multiplier against stone reduced to 1x (was 1.25x).

Damage multiplier against wood decreased to 0.75x (was 1.5x).

Damage multiplier against stone increased to 1.6x (was 1.5x).

Number of projectiles increased to 6 (was 5).

Damage multiplier against wood increased to 0.75x (was 0.4x).

Damage multiplier against wood decreased to 1x (was 1.25x).

Damage multiplier against metal increased to 3.5x (was 3x).

Damage multiplier against metal increased to 3.5x (was 2.5x).

All upgrades are now either Hotkeyed to Q or W, and the icons placed at the top left.