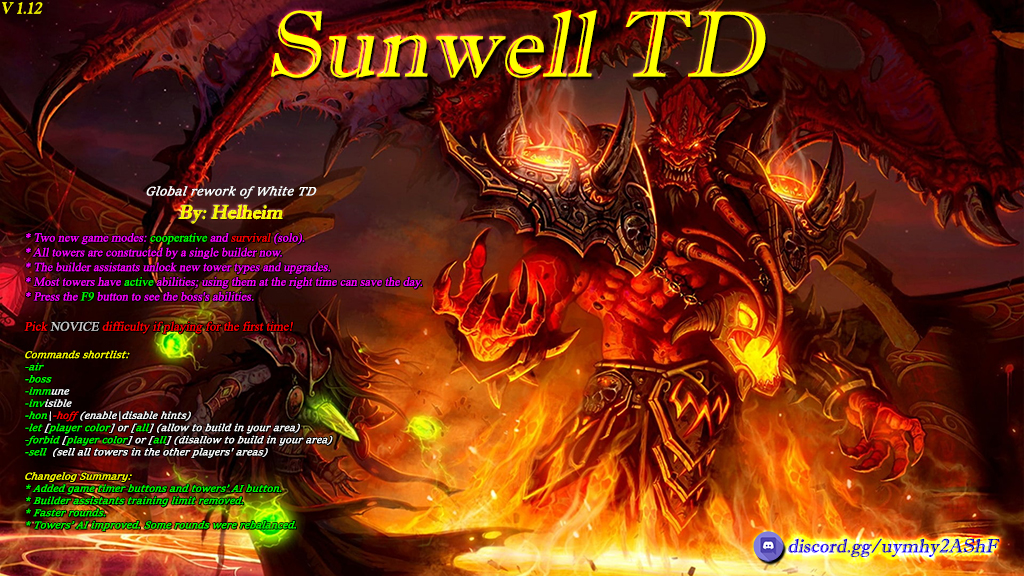 "The Burning Legion invasion has begun! Demons managed to bind many inhabitants of Azeroth to their will. Now, these victims of mysterious demonic magic are attacking the Sunwell in an attempt to desecrate it and destroy the entire Azeroth forever! Who dares to lead the defense against them?"

This is an official map. The map is updated and suppported by: Helheim . Join us on discord to get in touch with the map developers.