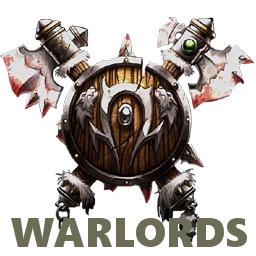 During your turn, units will spawn in front of your War Lord. Play your units to gain gold and attack. Acquire units from the RECRUITMENT row, to gain more powerful units! Power-up your army to gain massive attack to destroy your opponents' War Lords!

Each faction (Warcraft 3 tribe) has their own unique skills that benefit from other units from the same faction! But don't hold out and just go for one faction otherwise you might be leaving all the powerful units for your opponents!

Check the FAQs in the Quest Tab.

This is an official map. The map is updated and suppported by: ChoobyPie. Join us on discord to get in touch with the map developers.

Not yet tested with Warcraft 3: Reforged.