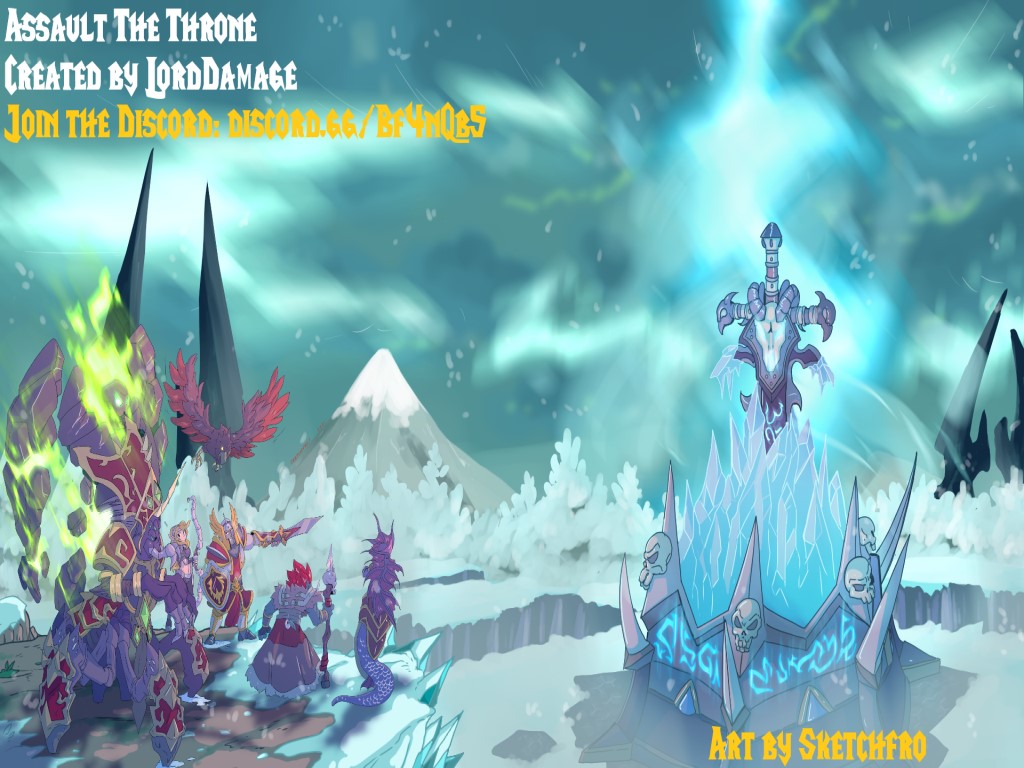 This is an official map. The map is updated and suppported by: LordDamage . Join us on discord to get in touch with the map developers.

Map versions
In total 7 map versions for Assault the Throne 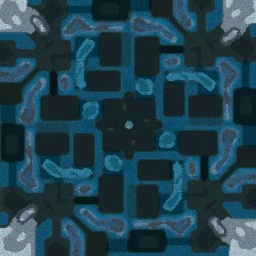 Changelog for "Assault the Throne"

This is the final update (barring any major bugs) before the release of the next race. Stay tuned!

Game
- You earn 10% more XP when playing on Friday, Saturday, or Sunday!
- 4 New Mutators: Man Your Defences, Total Chaos, Spell Absorption, Burning Dead.
- 4 New Neutral Items: Mask of Madness, Rune of Avarice, Gleaming Shield, Spatial Manipulation Wand.
- Type "-clear" to remove text messages.
- Ally levels/races are now displayed on the interface at the top right. You can minimize it with the nearby button.

Skybreaker Spire no long has multi-shot, but it deals more damage than before.

Undead
Locusts should no longer just fly around randomly.

Mutators
Infestation mutator is now a 50% chance to spawn a locust from any unit owned by Yellow / Orange. This is to remove a potential crash.

Bug Fix
Reinstated the loading screen, which was broken by World Editor's amazing "corrupt all your imports" feature.

Neutral
Tuskarr Dispel is now an AoE, but has to be manually cast. (This change is because the default auto-dispel AI doesn't understand that some effects like "Fel Rage" are actually positive).

Bomb Disposal Mutator now pings the location of all bombs, and the codes needed to defuse are generally shorter.

Bombardment Mutator is slightly more frequent, and its impact is faster.

Text no longer bugs out if you previously played a different map that imported text templates.

Bug fixes and some adjustments to missing hotkeys for the demon race.