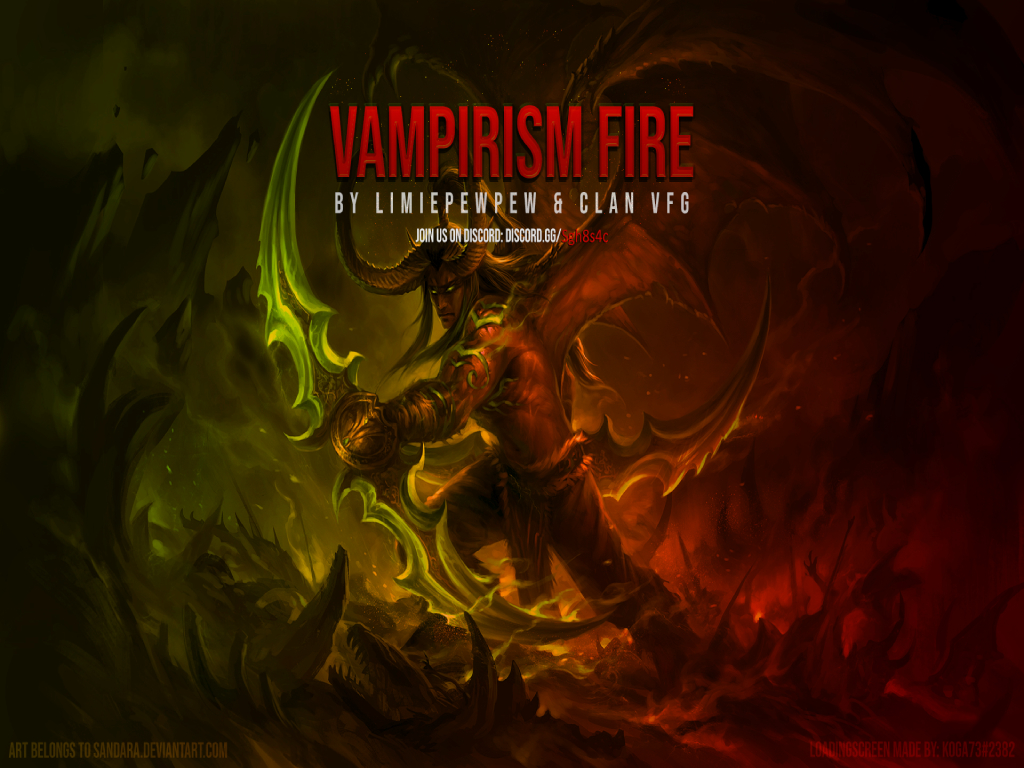 Play as either a fearless human or a vicious vampire. Humans must fortify defenses to keep the vampires out! Vampires must kill all humans!

This is an official map. The map is updated and suppported by: LiMiePewPew . Join us on discord to get in touch with the map developers. 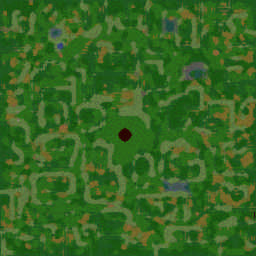 Changelog for "Vampirism Fire by LiMiePewPew"

> Fixed a Vampiric Link bug, where it doesn't disable itself when vampires are taking damage.

> Fixed a base claiming bug.

> Changed multiboard color when someone is dead and/or left from grey to silver.

> Fixed and improved some tooltips.

> Tier1 workers, that enter the pool will be detoed automatically.

> Replaced -lumber command with -wood in the test mode.

> Added visiblity on vampire damage. Shows dealt damage after armor reduction including critical strikes and hellfire damage for vampires on structures. Only vampires can see this.

> Fossil Golem base hitpoints increased from 20k to 25k.

> Fixed an issue where you can't suicide when red is not occupied.

> Fixed priority of harvesters in a control group.

> Fixed an issue that can cause micro lags.

> Vampires gets a notification on who suicides now.

> Removed Sharpened Hatchets, the effect of it moved to the 3rd Lumber Upgrade.

> Added 2nd Slayer Avatar Ability that does the same as Lvl 1 Slayer Avatar but has a cooldown of 90 seconds. Available for the slayer when it reaches level 26.

> Fixed a bug in the green coin dropping coding, should work as intended now.

> Fixed a bug where it's possible to hit an unit during slayer ultimate even when he shouldn't be in attack range.

> Arts of Darkness - Passives doesn't have a hotkey anymore.

> All black buildings need 2 hits from slayer to kill now.

> Taxed vampires don't gain gold of buildings/units that give 2 or less bounty anymore.

> Added an alternative coin dropping mechanic. This mechanic drops a coin every 25 buildings that a vampire destroys. The destroyed building counter is individually, so every vampire has its own counter. This should give players an alternative approach of picking coins with observing only one vampire and preblinking when it reaches 25 buildings. This mechanic serves to give high ping players a chance to pick coins while skilled coin pickers usually tend to observe both vamps and that makes it impossible for them to count. Chaining workers does not count as a killed building. If slayer is nerby there will be no coin drop. If the killed building drops a normal coin and if its the 25th destroyed building it will drop a big coin instead. The coins are marked as green coins instead of normal yellow coins.

> Fixed a base claim bug

> Reduced the amount of tips

> Updated the flag position within the slayer pit

> -gg added for humans as an alternative for -qq, -sui

> -gg added for vampires to send all your gold as vampire to your vampire partner.

> Crits follow a pseudo random chance system now, that limits the factor of luck significantly in favor of a more fair and consistent luck

> Minimized the effect of the fps dropping exploit

Upgrading Invisible Infernal Hotkey Change from I to X.

Upgrading Unholy Infernal Hotkey Change from U to V.