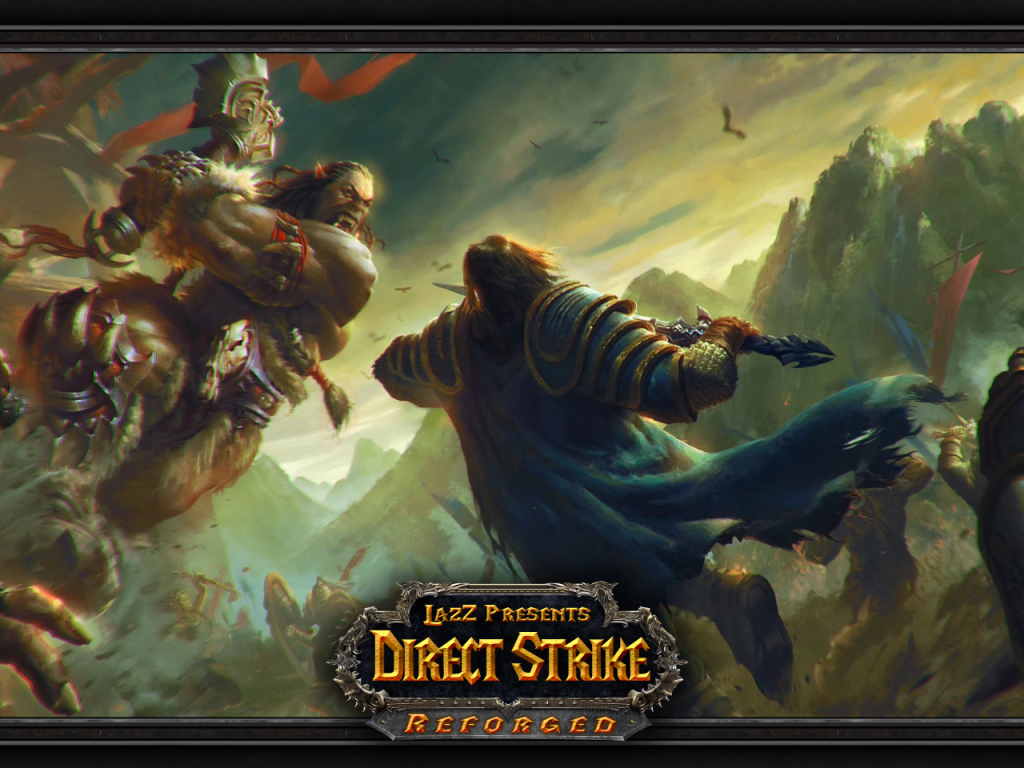 This is a recreation of the very popular map “Direct Strike” on StarCraft 2. It's a ‘tug of war’ map with units from the melee game that are being sent in waves from each player. The player decides the unit formation of his wave. Includes heroes.

The goal is to destroy the enemy base.

The game requires at least 2 players (1v1) to play (max. 3v3). It supports dynamic lobbies/teams so e.g. 1v3 is possible. This means that the lone player will send his army each wave, while the other players are queued up to send their army. The game will also adjust the queue if a player leaves, so there's no need to remake if that happens.

Due to an abnormal amount of desync reports on this map the following features has been disabled in V0.3:

However, you can still download the previous version (V1.0.1).