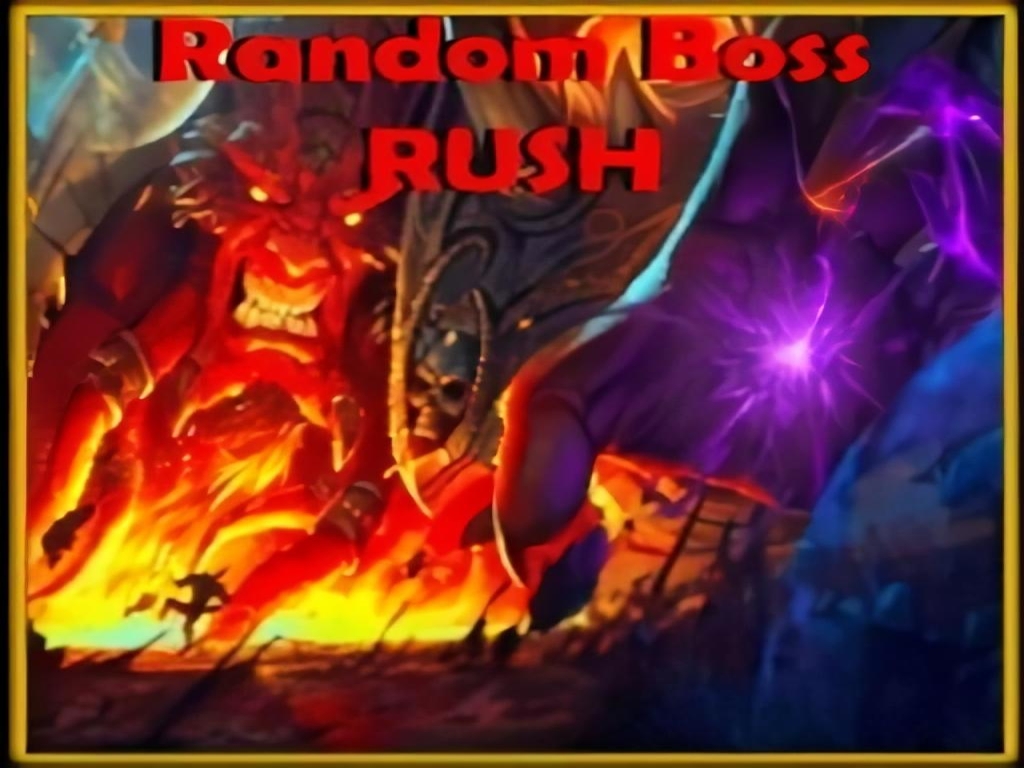 What is this map?

Random Boss Rush (or short name RBR) is a PVE arena in which you will need to kill bosses. Abilities are given randomly here, so the map looks like CHS.
Also in the map there are many heroes, each of which has its own unique ability.
The difficulty of the map depends on the players, but I still advise you to play this map with your friends :)


Will there be new modes in the map?

I don't want to add new modes yet, first I need to bring the map to version 1.0, and then I need to think about new mechanics.


Will the map be translated into English?

Maybe, but I need to find a translator, since I am Russian and I need a good translator.

This is an official map. The map is updated and suppported by: Naxefir . Join us on discord to get in touch with the map developers. 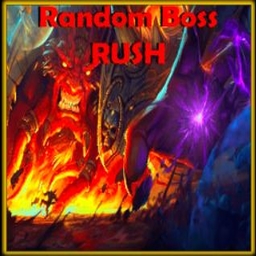 Now the Troll Witch Doctor summons the number of sentry snakes, which depends on the wave.

Changed the arrow model of the archer hero.

The icon for the "Explosive Strikes" ability has been changed.

Changed the recharge schedule for abilities.

Changed the model of the hero pick circle.

The color of the fire golem has been slightly changed.

The color of the water has been slightly changed.

Global overhaul of many abilities:

Blizzard - The damage limit per wave has been removed, the recharge has been reduced (15> 13).

Firestrike - Now does not work on allies.

Strong blow - increased the chance of triggering (2> 3 units) per level.

Empathy - Fixed a bug where Empathy was not distributing damage correctly.

Poisonous Cloud - The plague duration has been reduced (120> 25 seconds).

Rejuvenation - set a recharge of 8 seconds.

Mosquitoes - the number of mosquitoes has been reduced (+5> +3 per level).

5) Changes in the balance of characteristics:

Slightly changed the height of some heroes.

Optimized the code even more.

Added a new hero-the Leader of the Northern Wolf clan.

New items: a sphere of power and a barrel of beer (yes, yes).

Improved the readability of the code in the editor (you don't need it, just let it be here).

Redone the receipt of gold, I'll throw you the old and new formula, then write it down yourself.

Removed the inscription at the end of the game - the game will end in 10 seconds.

Fixed a bug that caused the fire shield to disappear after the start of the round.

Fixed an issue where there was no winner for the "every man for himself" battle.

Optimization of the map code by 15%.

Now, every 5 rounds (except for round 25) there will be a battle every man for himself (well, or PVP or in Russian a battle in the gym), the winner is given 100 * round of gold (500/1000/1500/2000). It is also worth canceling that crosses and reinstallations do not return, so either rearrange them in the arena or return them to the cube.

Added Timer - Sudden Death. After 4 minutes, the timer expires and all heroes begin to lose 5% of their health per second (does not work on round 25).

Added a new tab in tasks.

Added 3 new items: Staff of the Sea, Helmet of the Titan and Ax of Light.

The division of abilities between melee and ranged was implemented (experimentally).

Removed information about the -repick command from tasks.

Slightly optimized the map by removing a unit after its death.

Fixed a bug due to which the fire shield did not give damage after the start or end of a round.

Trees are now regenerated every round.

Added a new complication for bosses: now every 2 rounds, bosses will increase health regeneration by 1.

All boss recruits (except for snakes) are now buffed by the wave.