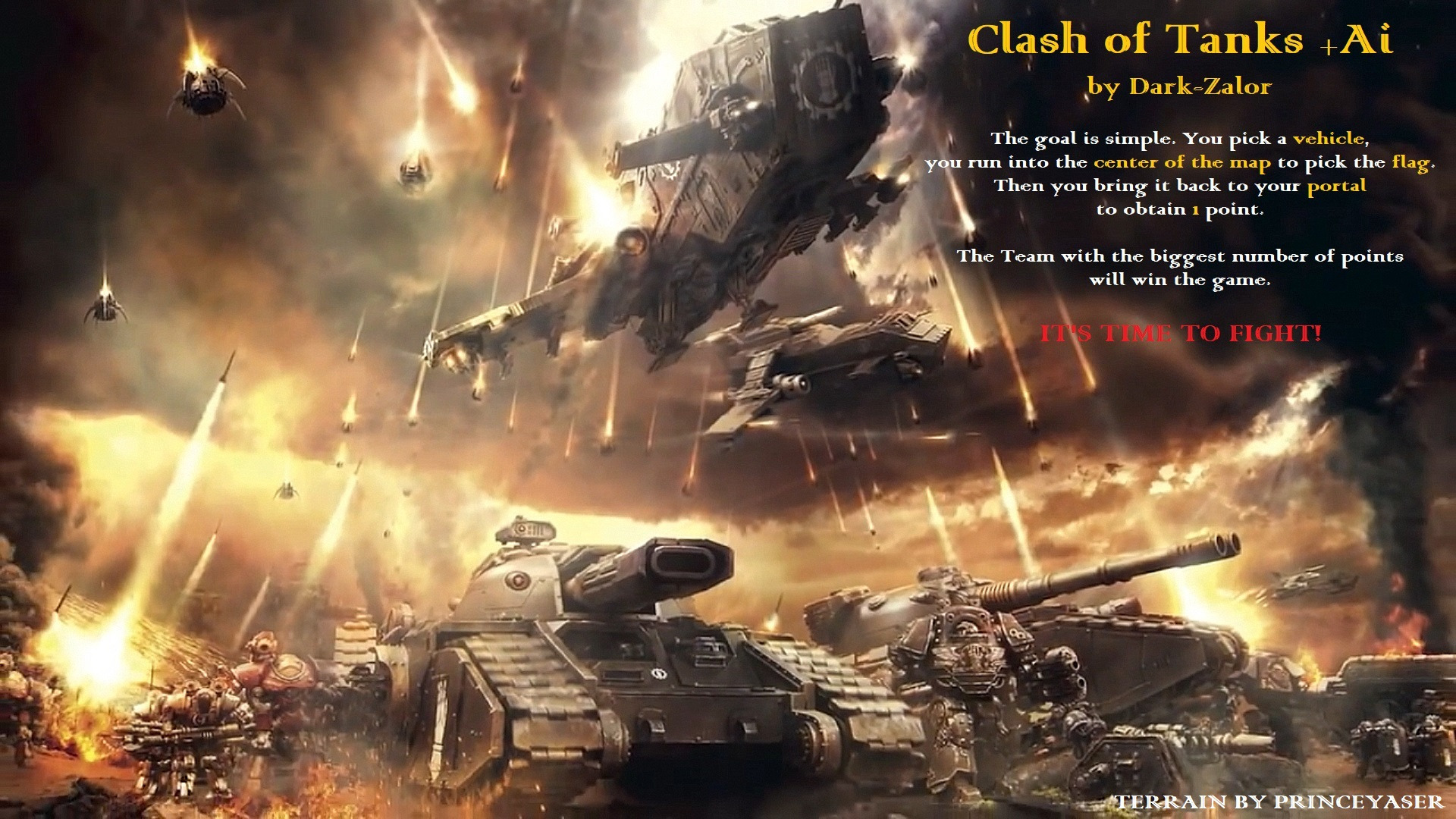 This map is a custom Capture the flag map.

Two teams of maximum 12 players, will fight to attack enemies positions, defend their ones,

It's an epic and immersive war with a lot of army vehicles, ground, air, infantry and a lot of custom nice spells and abilities.

At the end of the timer the team with the biggest amount of points wins the game. You can blow everything up with a loooot of explosives!

So get ready to be part of that ultimate clash between Alliance and Chaos.

For any questions or suggestions please send your e-mail at: darkzalor@gmail.com

I will add a few more Pictures on the page.

And a few more is coming …

Theses resources are used only by spells. Their amount left is displayed in your UI on the top right of the screen. You must save your munitions

or you will become useless in fights.

Each unit you can pick have 2 types of ammo:

For your primary weapon, basically these one allow the unit to deals a maximum of damage and destruction.

If your tank has not anymore of that resource it can't use his primary weapon.

For your secondary weapons or spells, this are spells less powerful but really useful in battle.

Same as before, if your tank has not anymore of that resource it can't use his secondary weapon.

This is the last resource of units. The amount left is displayed too on the top right of the screen.

Only used by mechanical units, this is the amount of ranges the unit can moves at normal speed. It is used in some spells too.

For ground unit when they are out of gaz they become really slow (75 ranges/s).

Flying units consumates autonomy even if they are not moving. And being out of gas for theses units causes instant deaths.

This resource is really important it can gives you powerful advantages or disadvantage in battle.

There are different kinds of units in that map. You must think your pick in function of your teams weakness and force, it's strategic.

Each unit are strong against some enemies but weak against other one. You must play has a team if you want to survive.

When you pick a unit randomly you get a bonus of 20% increased resources.

Powerful units for their supportive abilities. These units are not resistant to damage. But their spells are very useful to

Strong units, resistant but quite slow. Their primary attack are powerful to destroy ground units. Lacks of anti-air units.

These units are long range attacker. But they are not resistant. If they are surprised they can die very easily. Very useful to defend a position or

These units have low mobility. Their goal is to kill heavy units from the enemies team. Their role is quite defensive. They have long range attack.

There units are quite resistant. Very useful to pierce enemies line or destroy enemies far from the battlefield. Win duels. They have high damage potential and a good mobility.

Theses units are not very resistant but can destroy any flying units in a duel really fast. These units have good mobility. Really useful for raids.

Flying units with big destructive potential againts ground units. These units must be protected because they can be killed quite easily. They have to be close to the enemies they fight.

Supportives vehicles. One of the most important, these vehicles will help your team to creates traps, give ammo, give fuel. Your army progression will be easier with them.

Without them the victory is quite impossible. So remember to have multiple APSV for example in your team.

In that war the death is everywhere. There are long range units, mines, ...

When a player dies it will revive in the base after 3 seconds. After that delay they can pick an other unit.

You can revive as many time as you want.

You must notice that coming back on the battlefield after a death takes some time. Your enemies can use that time to wipe the rest of your team or defend their position.

So don't act too silly.

The flag is the main goal of the game. The team with the biggest amount of point win the game. This is an item that can be picked in the middle of the map or on a dead enemy.

There is a few rules about it:

When a unit is killed with the flag it will drop it at his death location.

Air units can't pick the flag. No-one can pick it, if an enemy is 750 ranges closer to the flag.

After a player score a point (bring back the flag to his portal) everyone is moved to his base, and a new flag is released after 40 seconds.

Every unit when it is picked obtain a random Item. There is 21 custom items pickable in that game. They can provide passive bonuses or have active abilities.

Some items are pretty nice in a combo with the selected vehicle. You only get an item when you pick a tank. There is no gold in that map ....

There are some mods in this map :

-uk : Unknown mode hide position of flag when it spawn or dropped by players. The flag is not noticed on the carrier too.

-nf : No Fog mode reveal the map for every players.

-or : Only Random, only allow players to pick random units, to generate more funny experience.

-cd : Castle Defense mode each castle team defend himself against enemies too close.

The mode Easy Mode -em is advised to start playing the map and discover it.

There are few commands in this map :

-view : to reset the camera to the default angle and with the player set zoom.

If you can send me your games replay I canf fill this section with them, with credits of course :D

If you have some ideas about spells, events, modes, just send me an e-mail at : darkzalor@gmail.com

I appreciate feedback and suggestions!

I really appreciate if you can send me some streams of your games. To improve my description. With credits of course.

I hope you gonna have fun with that map.

This is an official map. The map is updated and suppported by: Dark-Zalor . Join us on discord to get in touch with the map developers.

Map versions
In total 2 map versions for Clash of Tanks

Clash of Tanks V1,28 +Ai newest version
(0.00)
Thank you for voting!
Clash of Tanks V1,27 +Ai
A custom and unique capture the flag battle with tanks.
Play with 24 players in an epic battle map with 38 uniques vehicles.
Get ready to become a war machine and blow everything up! 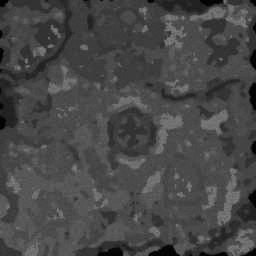