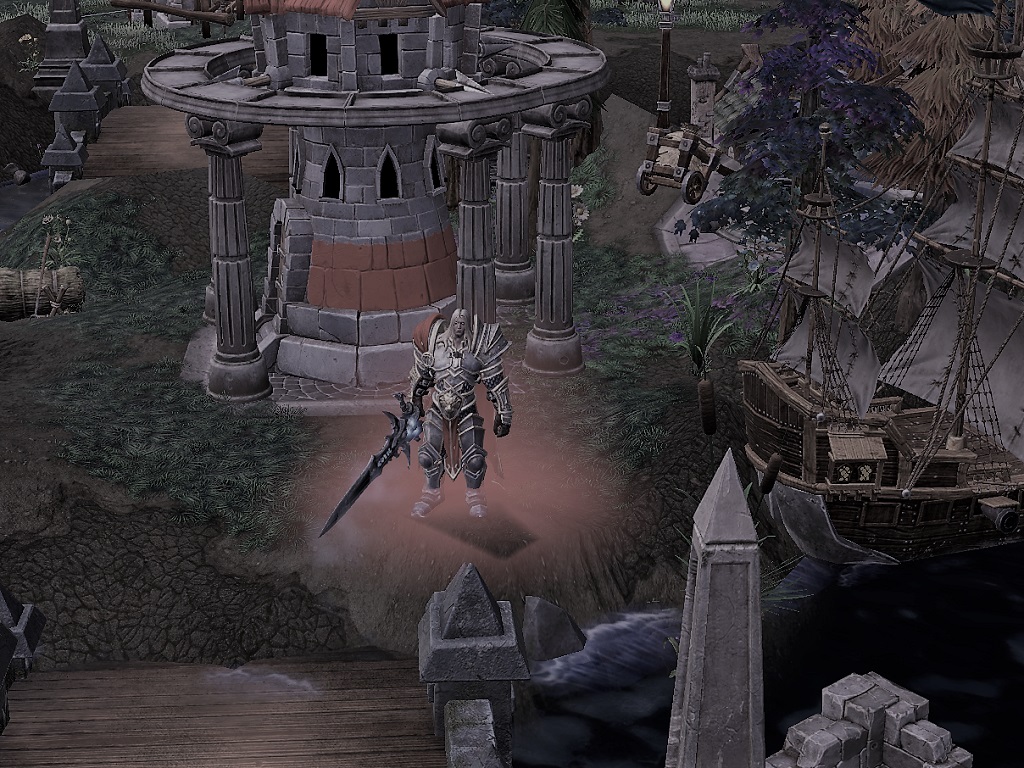 Sins of the Empire: The Dark Crusade

The World of Dhalia has is at war between multiple superpowers the Mystical Kingdom of Pharzan, the Technological Republic of Tog'hara, and the Azir Legion. Who will be victorious?

The World of Dhalia has always been a constant battleground between the various factions, which in the end culminated in two superpowers: the Mystical Kingdom of Pharzan and the Technological Republic of Tog'hara. For the past 100 years, these two countries have fighting an never ending war, with little success to each side. This stalemate was broken less than a year ago when a huge meteor, or so they thought, crashed onto the South Lands, laying waste to a great portion of it.

As it turns out the meteor was no meteor at all, but rather an enormous spacecraft carrying one of the many legions of the Azir, an advanced race of humans whose sole purpose is relinquishing the worlds that was once part of a greater Human Galactic Empire. The World of Dhalia was one of such colonies of the Human Galactic Empire, but due to internal turmoil following the collapse of the Empire, all vestages of technology was stripped from the land 2 millenia ago. Now the squabbling races within Dhalia faces their greatest challenge, facing their past and unlocking the mysteries of their world.

# Defeat your enemies by taking over their cities by controlling the city's core.
# Take control of circles of power (region nodes) to get more taxes and income for your faction.
# Use all means at your arsenal to ensure the ultimate success of your faction.

# You can delegate your team mates your buildings to help your team attack and defend certain areas in your realm.
# Select the "Delegate Control" ability and click on an allied unit to delegate that building to that player.

# The area control element of Sins of the Empire: The Dark Crusade is a major element to the success of your team. By controlling the majority of the nodes, your faction will be able to obtain additional resources to fund your war.
# Faction owners will get 100 gold and 25 lumber for each region node that it controls. While generals will get 50 gold and 10 lumber for each region that their faction controls.
# There is a total of 24 regions in the map.
# Strategy: It is a good idea for faction leaders to delegate barracks/forward base to your generals and let them to help capture vital region nodes, while you build up your strength to attack enemy cities.

# Your team can join up with another faction to take on an overpowering team to do this you must both ally each other.
-ally red (for blue and teal)
-ally blue (for red and teal)
-ally teal (for red and blue)
# Once both sides of the alliance is allied, then they're units, along with those from their generals will no longer attack those from their allies.
# To go back to war type:
-unally red
-unally blue
-unally teal

This is an official map. The map is updated and suppported by: AzuranZara . Join us on discord to get in touch with the map developers. 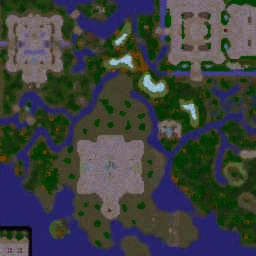